The Magma Chamber Simulator (MCS) is a numerical code that quantifies the effects of concurrent and/or serial magma Recharge, Assimilation of partial melts and/or Stoped blocks, and Fractional Crystallization (RASFC) on the compositional evolution of a magma body and surrounding wallrock.  The MCS integrates a user-defined sequence of open system interactions defined via the MCS executive interface (IGOR) with one of four user-selected MELTS engines (v 1.2.x, v 1.1.x, v 1.0.x or pMELTS) to generate self-consistent phase equilibria (composition and abundances of all crystals, melt, and supercritical H2O-CO2 fluid, temperature, pressure and redox conditions) in all subsystems [Magma, Wallrock and all  Recharge reservoirs and Stoped blocks] throughout the (potentially) complex series of user-defined RASFC interactions. MCS supports up to 30 distinct R and/or S episodes. In addition to intensive and extensive thermodynamic and phase equilibria data, multiple trace element concentrations and isotopic ratios may be computed based on user-input of partition coefficients and trace element bulk compositions. A comprehensive set of instructional tutorial videos that provide step-by-step instructions for code download and implementation are available by clicking on Videos from the Home page. The MCS can be run on both PC and Mac computers. 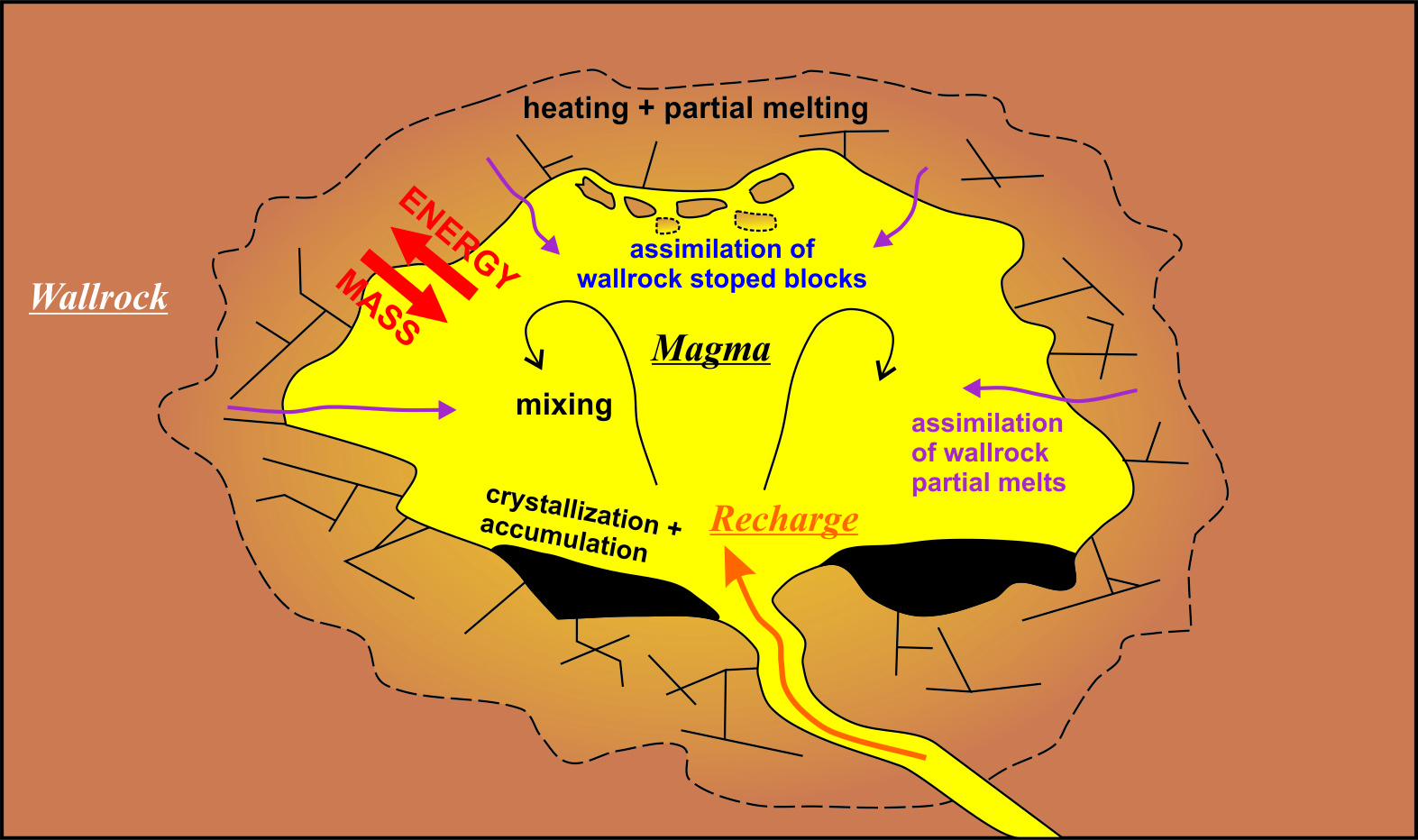